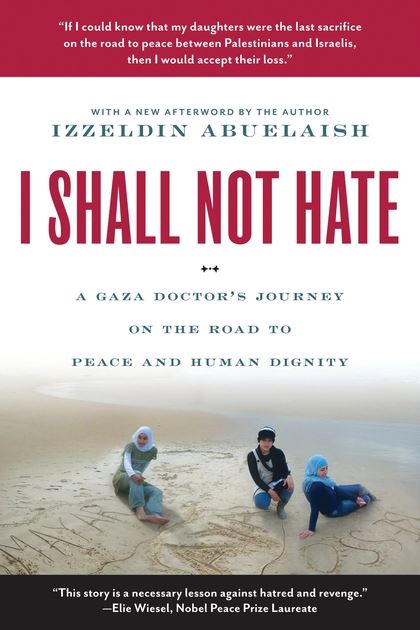 Manhattanville President Jon Strauss signed a partnership with the Daughters for Life Foundation at an event featuring Dr. Izzedlin Abuelaish, the founder of the organization and author of the bestselling book I Shall Not Hate, on Tuesday night. Dr. Abuelaish founded the organization and wrote his memoir after his three daughters were killed during the War on Gaza in January 2009. Since then Dr. Abuelaish, known as ‘The Gaza Doctor’, has been fighting for peace in Gaza.

The Daughters for Life Foundation seeks to empower young women in Middle Eastern countries through education, offering them the opportunity to study in places like the United States, the United Kingdom, and Canada. This partnership would allow two young women from the Middle East to come study at Manhttanville, hopefully next semester.

This is Dr. Abuelaish’s fifth visit to Manhattanville, where he talked about his memoir I Shall Not Hate. The event, which was sponsored by Manhattanville’s First Year Program and the World Religions Department, focused on Abuelaish and his journey toward forgiveness and peace after losing three of his children and his niece. Abuelaish spoke of hatred as a weakness and a disease that “is contagious and extends to your loved ones.” In essence, Abuelaish’s message is one of peace, understanding, and connection with one another: “It’s time to speak loudly. We need to prevent, not react. When you speak for others you speak for yourself, because the fire might eventually spread to you.”

You can find more information on Dr. Izzeldin Abuelaish and Daughters for Life at http://daughtersforlife.com/devdfl2013/our-story/

← TIPS ON HOW TO WRITE A COVER LETTER
“BURNING”: INSPIRING CHANGE ON CAMPUS →